At Boswell Oil Company in Athens, GA, our employees have significant experience in the petroleum and lubrication industry. From our sales staff to corporate leadership, our entire professional staff always puts our customers first.

Born in Atlanta, GA and later growing up in Thomson, GA. Bob has spent most of his life in and around the petroleum distribution business. After graduating from Wake Forest University in 1982 he worked in Charlotte, NC as a sales representative for Wallace Computer Services. In 1983 he returned to Thomson to generate sales for Boswell Oil Company which had recently converted from commissioned agency to jobbership. A year later Bob moved to Athens with Jim Kennedy to start a separate distributorship, Apex Oil Company, which later merged with the family business forming today’s Boswell Oil Company. He has three children; Robert, Elizabeth, and Billie. Bob enjoys the outdoors along with his birddog Lulu as well as reading, history, and having fun with his family.

Jim grew up a friend of the Boswell family. He performed casual labor for Bob’s dad in Thomson as a teenager and came to Athens with Bob III in 1984. Jim was promoted to VP in 1999. He holds a BS degree in Business Administration from Augusta College. Jim is married to Patty and they have two boys, Hugh and Craig. Jim enjoys his yard and garden, Army football, and spending time with his family.

An Athens, GA native, Robert grew up around Boswell Oil painting tanks, sweeping the warehouse, and filling and labeling pails. He attended Mercer University where he studied business management and played club lacrosse. He also met his wife, Emily, at Mercer and they now live in Augusta, GA where she works as a CPA. Robert is active in the Augusta Chamber of Commerce and enjoys hunting, gardening and throwing the frisbee with his dog, Lexi.

Born in Waycross, GA., Tracy spent his grammar school years in St. Mary’s, GA. Tracy moved back to Waycross and graduated from Ware County High School while spending his summers working for his grandfather and father at T and R Oil Co. He attended Valdosta State University graduating in 1982 with a BBA in Accounting. Soon after, Tracy worked for Hurst, Hurst, and Higginson C.P.A.’s and then H.H. Burnett’s C.P.A.’s. Due to a family illness, Tracy came back to T and R Oil Co.; working there until taking on partners in 2015 and becoming Southeast Petroleum Services, Inc. to then merge with Boswell Oil in October 2018. Tracy enjoys reading a good book and playing his guitar.

Born in Waycross, GA, Chad graduated from Pierce County High School to then go to South Georgia College where he studied Industrial Maintenance. Chad has over 14 years’ experience in the Petroleum Industry from Convenience Stores to Industrial Lubricants. Chad is the Vice President & Sales Manager of Southeast Petroleum Services, Inc. which merged with Boswell Oil effective October 2018. In his spare time, Chad races go-carts to dirt late models; living life to it’s fullest.

Brian joined Boswell Oil Company in 2005, and now manages the financial department at Boswell Oil Company. His back-office accounting experience includes quarterly and annual audits, multi-state tax reporting, balance sheet reconciliation, generating income statements, sales reporting, cashflow management, and computer support. Brian is a graduate of the University of Georgia, with a B.A. in Economics. He is currently enrolled in the accounting program at Georgia Southwestern State University. Before coming to Boswell Oil Company, he gained tax experience as an agent with the Georgia Dept. of Revenue. 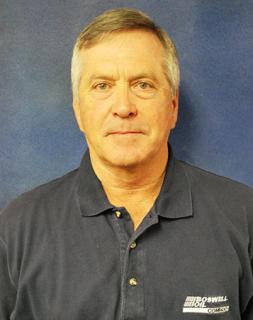 Wesley Bennett joined Boswell Oil in 2000. As a marketing/sales associate he brings knowledge and technical skills to help existing and future customers with solutions related to lubrication issues. He also manages the ISOCLEAN Services operation, which includes Chevron ISOCLEAN Certified Lubricants, filtration, and dehydration. He has certificates of completion from Chevron in Phase I Technical Products, Phase II Products and Applications and 1st Source Industrial, Construction, On Highway Transportation, Natural Gas, and Auto Installed lubrication courses and workshops. He is designated a Certified Lubrication Specialist (CLS) by the Society of Tribologists and Lubrication Engineers (STLE). Before joining Boswell Oil Company, Wesley spent time in the horticultural industry as a sales associate, site development, project coordinator and corporate auditor in the hotel industry. He holds a BA in Business Management from Georgia State University and an Accounting Equivalency from the University of Georgia. He has been married to his wife, Jane, for 31 years and they have two sons. He served as a board member of Downtown Ministries, Inc. from 2008 – 2015 helping to launch a school focusing on at risk youth in Athens, Georgia; is a member of Redeemer Presbyterian Church of Athens, and a member of the Presidents Club at Hillsdale College in Hillsdale, MI. His hobbies include reading, golfing, hunting, clay target shooting, gardening and farming. 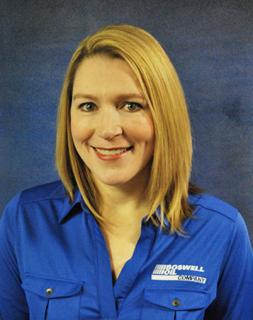 Kristin Meyer is a Field Support Specialist at Boswell Oil Company. In the specialist role, Kristin performs multiple duties, inside and outside sales, CRM and Marketing support, spot quotes and special pricing. Prior to joining Boswell, Ms. Meyer worked on the Marketing team for over 10 years at Mansfield Oil Company, a fuel and energy services provider in the United States and Canada. Kristin served on the Mansfield Golf Classic Committee for 5+ years, one of the largest golf tournament fundraisers in the United States raising more than $4.3M in 29 years for the Muscular Dystrophy Association. Kristin Meyer holds a B.A. in Consumer Economics from the University of Georgia.

Tyler is the Marketing Manager for Boswell Oil. He does everything from overseeing all retail gas stations to generating monthly Boswell Oil performance reports. He also oversees all environmental compliance and Fleet registrations. Tyler graduated from the University of Georgia in 1999 with a BBA in Marketing. He received the Wallace award for top Marketing graduate in 1999. Tyler has been married since 2001 and has 3 children. He grew up in East Cobb (Marietta, GA), but now enjoys the slow pace of a small town in Madison, GA. He enjoys soccer and is currently president of the local soccer club (MAYSA) for youth players in and around Madison, GA. In his spare time, Tyler enjoys riding his motorcycle and hanging out with friends and family.

View the list of retail locations we with petroleum products.